A crowd of protesters attacked the French embassy in Ouagadougou on Saturday, after Burkina Faso’s military staged a second coup in a year 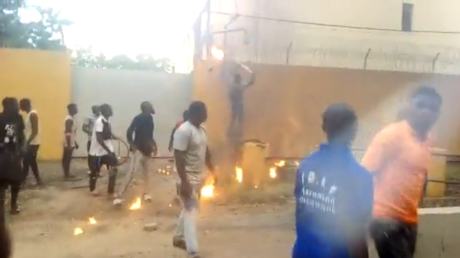 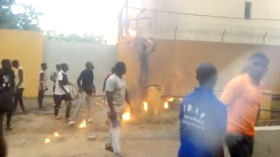 “Damiba has tried to retreat to the Kamboinsin French military base to prepare a counteroffensive in order to sow divide amongst our defense and security forces,” spokesman Lt. Jean Baptiste Kabre announced on state television on Saturday on behalf of the new junta leadership.

France’s Foreign Ministry issued a statement denying any involvement in the events unfolding in Burkina Faso, and insisted that the “camp where the French forces are based has never hosted Paul Henri Sandaogo Damiba nor has our embassy.”

The French authorities advised citizens to stay at home, as crowds of angry locals gathered outside the perimeter of the French embassy on Saturday afternoon. The protesters attempted to storm the diplomatic compound, petled it with stones and set multiple fires at the entrance and around the perimeter of the facility, according to multiple videos circulating on social media.

On Friday, a faction of the Burkina Faso military claimed power in Ouagadougou, in the second coup d’etat in the West African country this year. Captain Ibrahim Traore has replaced Lieutenant Colonel Paul-Henri Damiba at the head of the military junta.

Damiba’s whereabouts remain unknown and he has yet to officially resign, as the new junta leadership claimed they are not seeking revenge against the deposed leader. “If we wanted, we would take him within five minutes of fighting and maybe he would be dead, the president. But we don’t want this catastrophe,” Traore told the Voice of America.

Damiba – who was educated in France – led the January 24 coup that ousted President Roch Marc Christian Kabore. At the time, he promised to restore democracy and peace, but has since been accused of failure to deal with an Islamist militant insurgency.

Burkina Faso has a population of about 20 million and is landlocked between Mali and Niger in the north, and Benin, Togo, Ghana, and Cote d’Ivoire in the south. Along with its northern neighbors, it has been affected by the insurgency of militants allied with either Al-Qaeda and Islamic State (IS, formerly ISIS) terrorist groups, which has reportedly ramped up this year.

France, the former colonial power in the area, sent an expeditionary force known as ‘Operation Barkhane’ to fight the Islamist terrorists, without much progress. It was recently scaled back and renamed Task Force Takuba, after Mali ordered all French troops out and accused Paris of actually helping the terrorists.

The year 2023 is shaping up to be quite fun and interesting for precious metal investors... We’ve all experienced the joy of entering a luxe hotel room, setting our belongings... 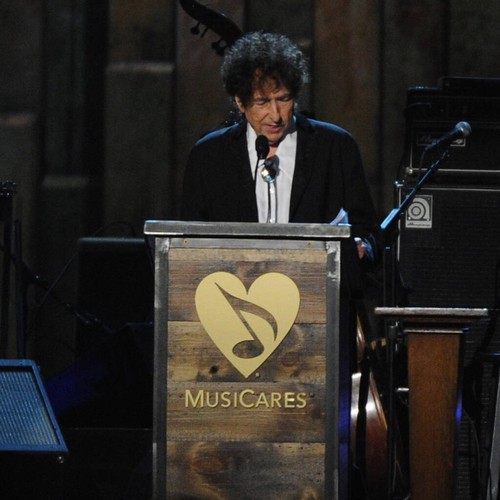 Bob Dylan has apologised for selling machine-signed art and books.Last week, the...

8 Reminders For The Upcoming Holiday Season

Dear friends, As we officially begin the holiday season, I wanted to share some... This November, leading fashion college Istituto Marangoni partnered up with the...