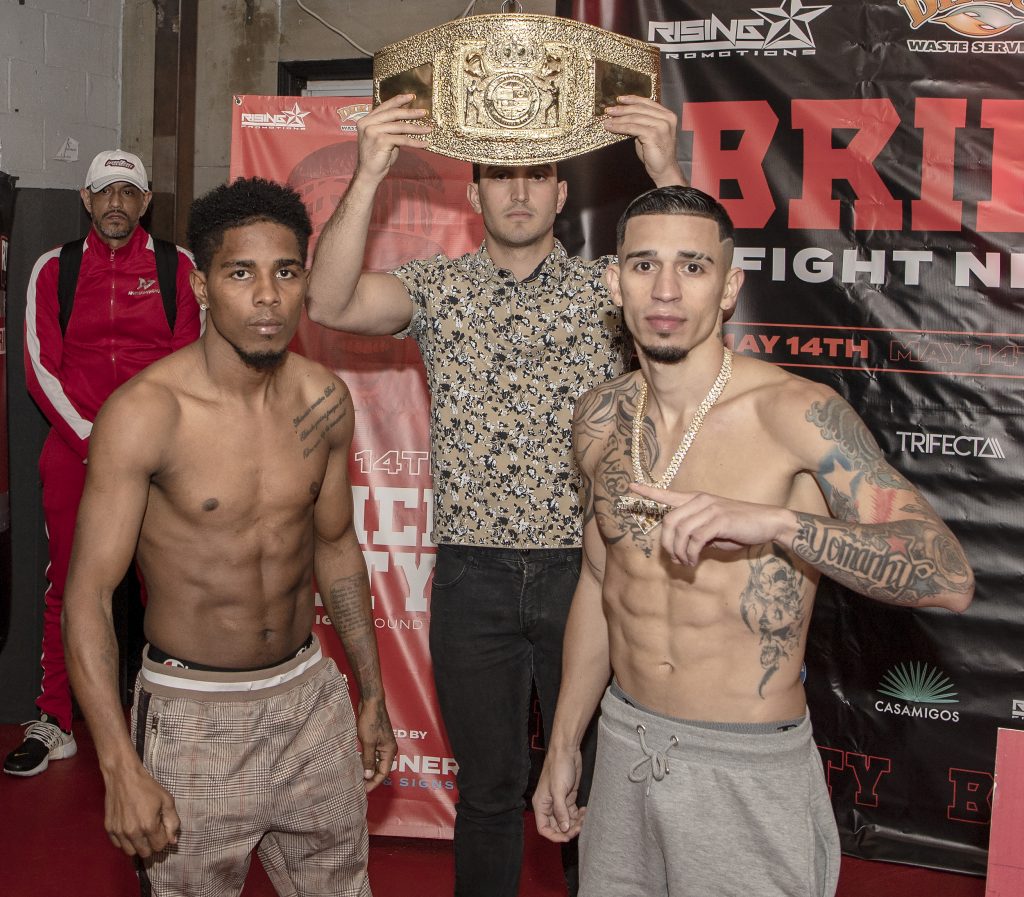 Emmanuel Rodriguez (right) and Juan Medina (left) at the weigh-in. All photos by Hector Almodovar/State of Fitness Boxing Club
13
May
by Ryan Songalia

NORTH BERGEN, N.J. — Emmanuel “Salserito” Rodriguez had no issues on the scale Friday, checking in exactly at the 118-pound weight limit at the weigh-in event, which was held at State of Fitness Boxing Club in North Bergen, N.J.

The undefeated bantamweight prospect Rodriguez (10-0, 5 knockouts) will face Juan Medina (14-9, 12 KOs) in the 8-round main event, which is set for Saturday, May 14 at the Robert Treat Hotel in Newark, N.J.

Medina, a Dominican fighter who has won his past two fights in Colombia, weighed 115.5 pounds.

Rodriguez isn’t the only fighter from Newark on the card. His crosstown colleague Anthony Johns (2-0, 2 KOs), a 2019 National Golden Gloves champion, weighed in at 117 pounds for his first pro bout in his hometown, while Gilberto Duran (4-5, 4 KOs) of Yakima, Wash. weighed in at the 118-pound limit. 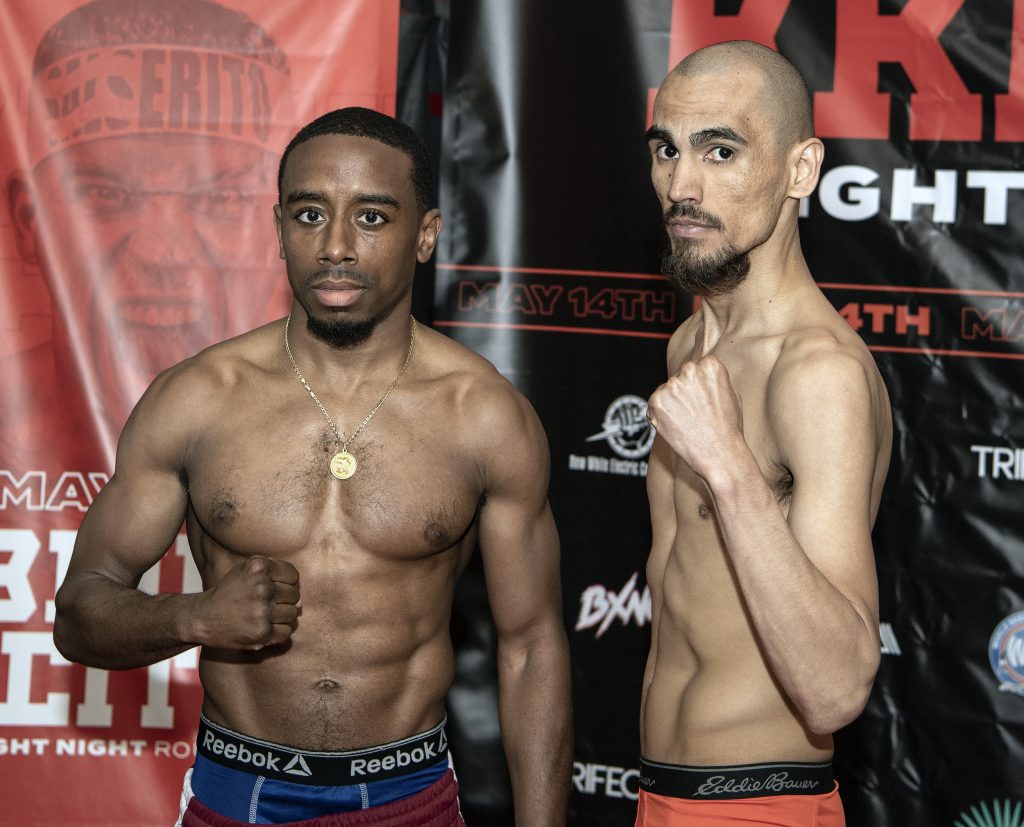 Robert Terry, a junior middleweight from Jersey City, N.J., weighed in at 115.5 pounds, while Evincii Dixon (10-29-2, 5 KOs) of Lancaster, Pa. weighed 155 pounds even. Terry, 27, was a 2017 National Golden Gloves finalist and is coming off a stint as a sparring partner for Jaron “Boots” Ennis in Philadelphia. 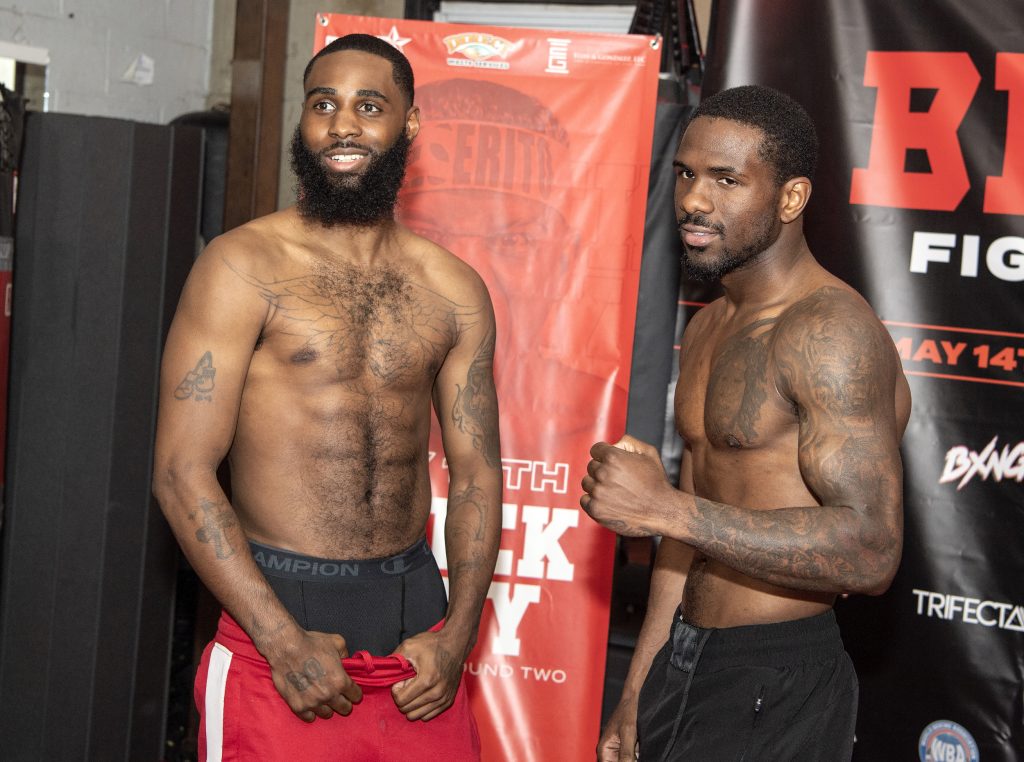 Dixon (left) and Terry (right) on the scales. 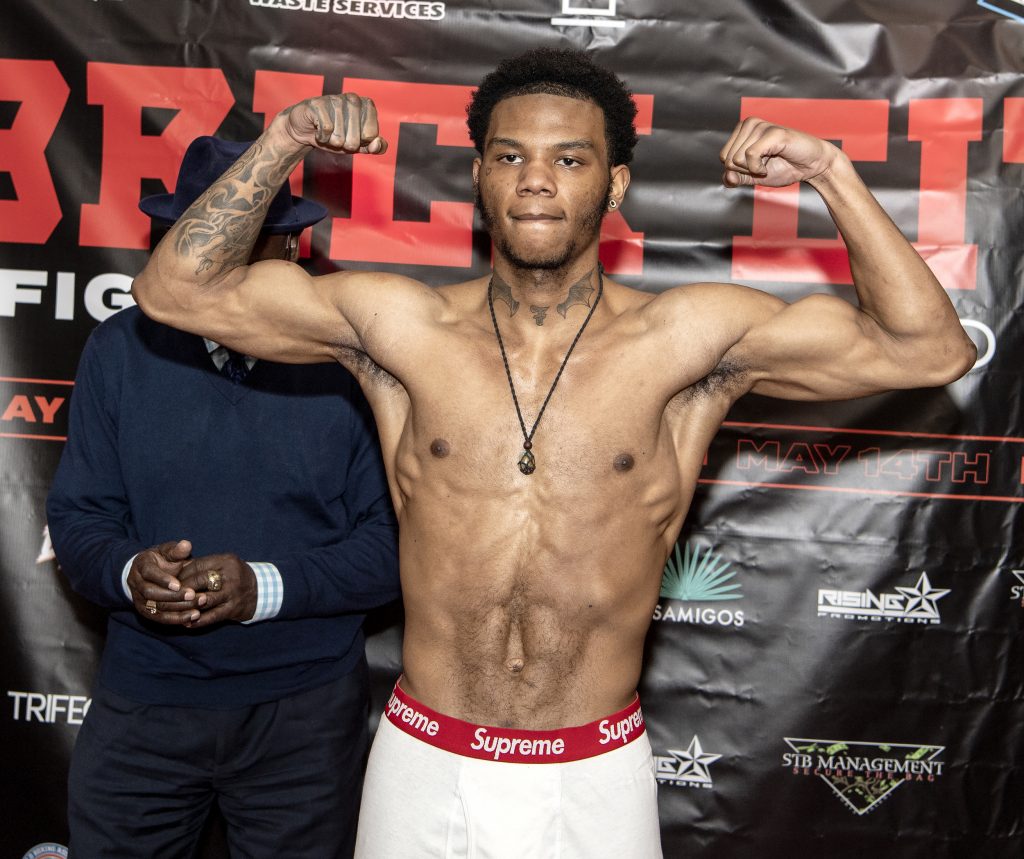 Darren Till admits Israel Adesanya fight 'a long way off'...

Revolutionary water bottle by FRAQUA is the first to be...