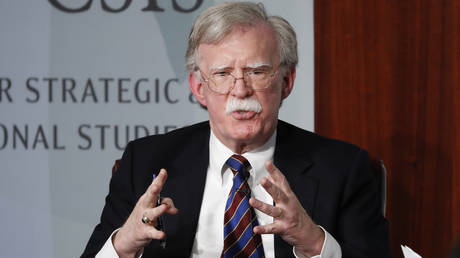 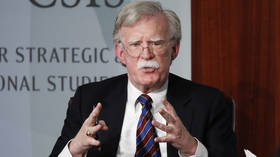 Former US National Security Advisor John Bolton took credit for attempting to oust foreign leaders, claiming he played a role in prior regime change efforts while suggesting ex-President Donald Trump lacked the foresight to carry out his own putsch at home.

insisted the former commander in chief could not have pulled off a “carefully planned coup d'etat,” as “that’s not the way Donald Trump does things.”

“one doesn’t have to be brilliant to attempt a coup,” Bolton held his ground, saying he had personally taken part in the ouster of foreign governments and that such projects require significant planning.

“I disagree with that. As someone who has helped plan coup d'etats – not here but, you know, other places – it takes a lot of work,” the former official went on. “And that’s not what [Trump] did. It was just stumbling around from one idea to another.”

When Tapper asked for specifics, Bolton refused to elaborate, but did go on to mention Venezuela, where US-backed opposition figures attempted to overthrow President Nicolas Maduro in 2019 but failed to inspire mass defections from the security forces.

“turned out not to be successful,” he said, adding “Not that we had all that much to do with it, but I saw what it took for an opposition to try and overturn an illegally elected president and they failed.”

publicly supported opposition leader Juan Guaido during the coup attempt, even addressing social media posts to senior Venezuelan officials urging them to join the effort. In comments to reporters at the time, however, he argued “this is clearly not a coup,” maintaining Guaido was Venezuela’s “legitimate” leader.

“I feel like there's other stuff you're not telling me,” he simply replied “I'm sure there is” and offered no other details.

The Turn Up Is Not Far Away

How to visit a pagoda in Vietnam properly? Nope movie review: Get Out and Us director Jordan Peele’s...

In Nope, Jordan Peele, director of Get Out and Us, has made one of the great studio... 10 Signs You’re Being True to Yourself

“The most confused we ever get is when we try to convince our heads of something...