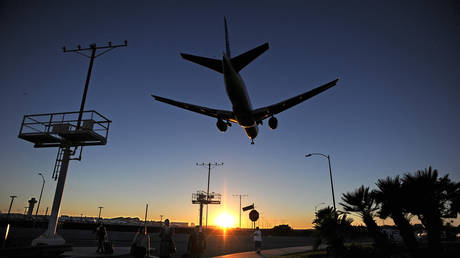 The FAA is investigating mysterious sighting near Los Angeles airport 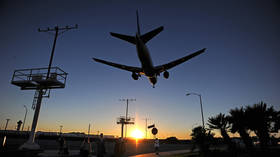 The Federal Aviation Administration has launched a probe into yet another alleged encounter near Los Angeles International Airport this week, after a pilot preparing to land alerted the control tower about an object that resembled a person flying a jetpack.

“We heard that the jetpack man is back,” an air traffic controller could be heard saying in audio obtained by Fox 11 on Saturday. The Federal Aviation Administration confirmed in a statement that an “airline pilot reported seeing an object that might have resembled a jetpack 15 miles east of Los Angeles International Airport'” around 2:45pm on Thursday.

"The FAA has worked closely with the FBI to investigate every reported jetpack sighting,” the agency added, noting however that “so far, none of these sightings have been verified.”

First spotted in August 2020 over Los Angeles International Airport – one of the most crowded airspaces in the world – the alleged elusive jetpacker has bewildered aviation and law enforcement authorities alike, with both the FAA and FBI coming up empty after extended investigations.

The aviation watchdog reiterated this week that “one working theory is that pilots might have seen balloons.” In November 2021, Los Angeles Police Department indeed released a video of a human-shaped inflatable balloon, resembling Jack Skellington from Tim Burton's Nightmare Before Christmas, captured by a police helicopter following one of multiple sightings. 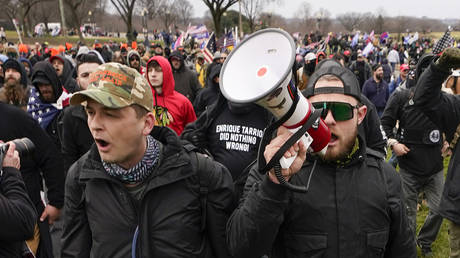 World Breastfeeding Week is celebrated every year from the 1st-7th August. The 2020...

Here is some best advice to carry Banaras silk saree for...

Indian sarees made of banarasi silk are produced in Varanasi, also known as Benares...

In the past few weeks, Shanghai’s luxury mall JC Plaza made headlines for drawing...