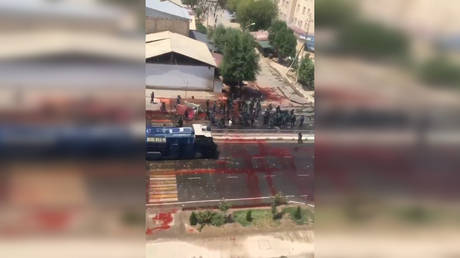 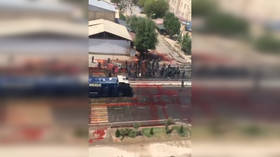 Massive protests have engulfed north-western Uzbekistan on Friday as the Central Asian nation planned to revoke certain rights from its largest autonomous region as part of planned constitution changes. The standoff between the protesters and the law enforcement has apparently turned violent as videos on social media showed people supposedly injured in the clashes and bodies allegedly lying in the streets.

“Horrible scenes; an entire street covered with blood,” reads a caption to one video published by a Telegram channel run from neighboring Kazakhstan. Footage apparently taken from a roof of a low rise building showed pools of reddish liquid covering parts of a road as an armored police vehicle was driving along the street.

A loose crowd of protesters can also be seen approaching a squad of law enforcement officers wearing protective gear and carrying shields. The officers do not appear to be taking any aggressive actions. No bodies can also be seen lying on the street.

Some other videos showed protesters supposedly carrying injured people to safety, several people covered in blood lying in the streets of the city of Nukus in northwestern Uzbekistan. According to the posts on Telegram they were injured by the law enforcement officers during the protests. Several photos also showed bodies lying on the streets. RT could not independently verify the authenticity of the videos and photos at the moment.

The Uzbek authorities have so far not commented on the casualties amid the protests. Uzbekistan’s president, Shavkat Mirziyoyev, imposed a state of emergency in the northwestern Uzbek autonomous region of Karakalpakstan on Saturday. The region has become the epicenter of protests.

The state of emergency, which comes into force on Sunday night, is scheduled to stay in place until early August, the presidential administration has said in a statement on Telegram. The state of emergency will involve a nighttime curfew between 21:00 and 07:00 local time, the Uzbek media have reported.

Mirziyoyev arrived in Nukus, the regional capital of Karakalpakstan, on Saturday. The president suggested removing some of the most controversial constitution amendments during a meeting with the regional lawmakers.

The Uzbek Interior Ministry reported arresting a “criminal group” they suspect of masterminding massive unrest and seeking to illegally seize power in Karakalpakstan. The authorities have also blamed the developments on “malicious foreign interference attempts.” According to the authorities, the protests were provoked through a “targeted” disinformation campaign.

The protests erupted over the draft constitutional amendments that were made public in late June to facilitate civic discussion. The draft changes were expected to be discussed until July 5 and later to a nationwide referendum.

The draft changes involve a total of 200 amendments, including a ban on death penalty among others. Yet, the protests were sparked by two specific passages related to Karakalpakstan – a region covering around 40% of Uzbekistan’s territory that traditionally enjoyed broad autonomy. The draft amendments suggested the region would no longer be called “sovereign” and would be barred from gaining independence from Uzbekistan through a referendum.

Biden says NATO ‘stronger than ever’ before approving new...

EU member explains why it’s not sending arms to Ukraine

Moscow responds to idea of sending nukes to Ukraine 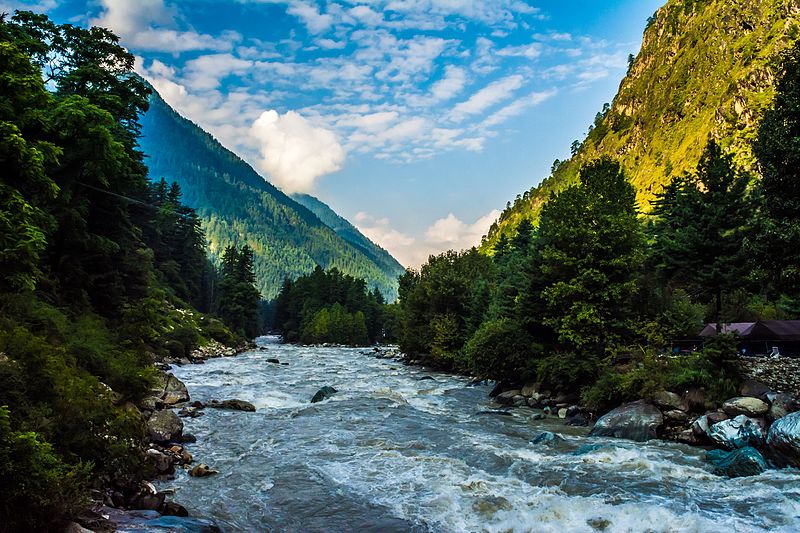 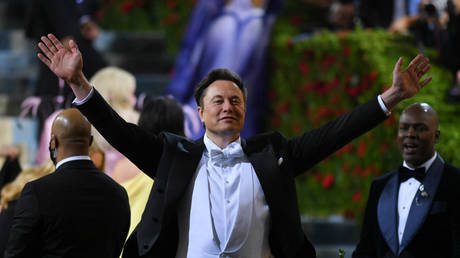 The billionaire cashed in nearly $7 billion worth of shares in case he is forced...