The UN Security Council has failed to agree on new sanctions against Pyongyang, pushed by Washington in the wake of its latest missile test Read Full Article at RT.com 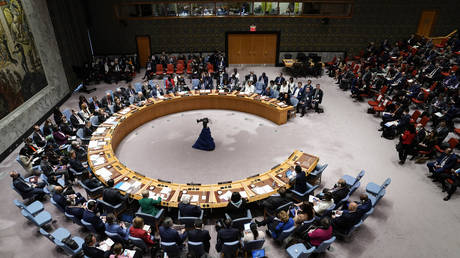 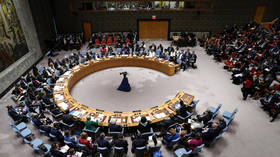 The UN Security Council failed to reach common ground on new sanctions against Pyongyang on Thursday. Washington proposed the sanctions in the wake of North Korea’s latest missile test this week, on the heels of US President Joe Biden's Asia tour.

The vote came just a day after North Korea was accused of test-launching its largest intercontinental ballistic missile and two others. Ahead of the vote, US Ambassador Linda Thomas-Greenfield called for unity in the face of “a threat to the entire international community.”

However, China and Russia vetoed new sanctions on humanitarian grounds, pointing to their futility and even “inhumanity,” as North Korea struggled to contain a massive Covid-19 outbreak.

The UNSC imposed sanctions on North Korea back in 2006, following its first nuclear test, and has tightened them over the years. Since the latest round of restrictions in 2017, Moscow and Beijing have increasingly been arguing that further pressure is a road to nowhere and unlikely to force Pyongyang to disarm unilaterally.

“We do not think additional sanctions will be helpful in responding to the current situation. It can only make the situation even worse,” China's UN Ambassador Zhang Jun said on Thursday.

“We have repeatedly said that the introduction of new sanctions against the DPRK is a dead end,” said Russia’s representative Vassily Nebenzia. “We emphasized the fallacy, inefficiency and inhumanity of sanctions pressure on Pyongyang.”

Pyongyang has for years accused Washington and Seoul of “hostile policy” towards the North, and vowed to maintain a sufficient level of deterrence. Regional tensions somewhat improved during the presidency of Donald Trump, with Pyongyang temporarily halting its missile tests. However, the two much-hyped summits between the US and DPRK leaders in 2018 and 2019 reached no lasting agreement on the subject of sanctions or denuclearization.

Biden has returned to the more hostile posture of his predecessors, while North Korea’s Kim Jong-Un has responded in kind, by firing off over a dozen of ballistic missiles this year alone and warning that the DPRK not only has a “firm will” to continue with its “nuclear deterrent” program but will use such weapons “preemptively,” if forced to.

US flies in military planeload of German baby formula

What Will It Take to End Rampant Home-Price Inflation?

Real deflation, both monetary inflation and price inflation, is necessary, and that... 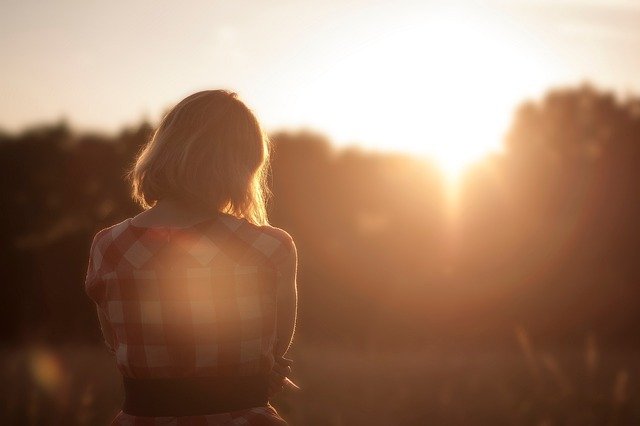 Suffering in silence is commonplace and may even seem like a wise strategy, but... Poor sleep is associated with a significantly increased risk of life-threatening...

Where Will You Escape Winter This Year?

Dreaming of sun-kissed beaches and lush green hills as you snuggle up indoors this...