Meet The University Graduate Whose Designs Have Been Worn By BLACKPINK’s Lisa, Ariana Grande, Gemma Chan, And More 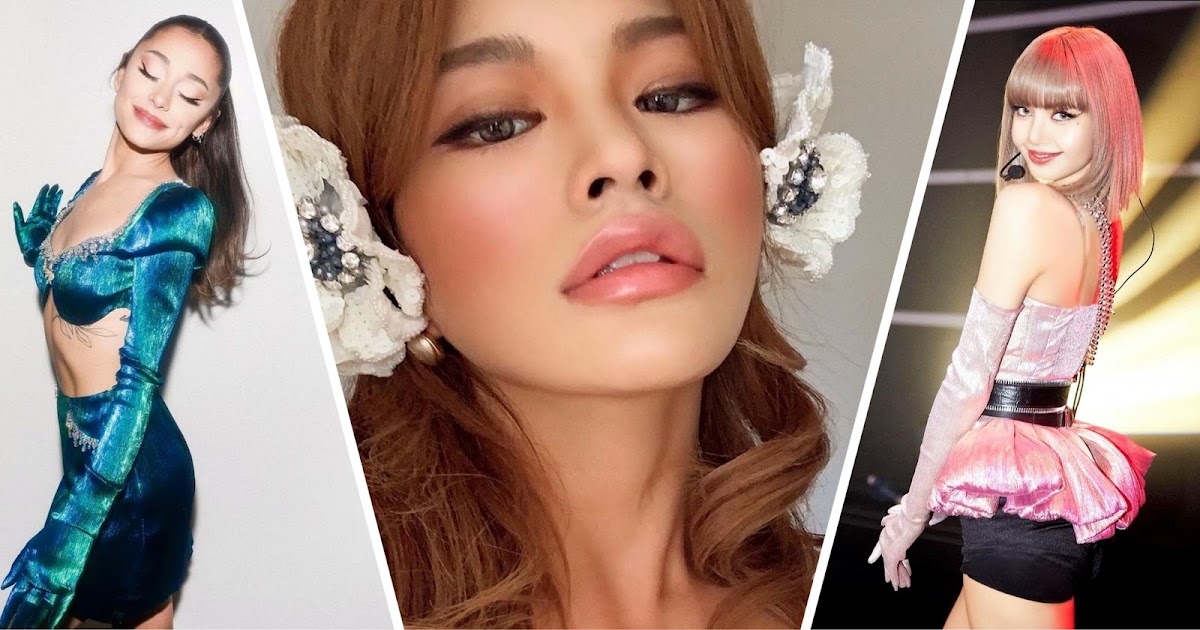 South Korea is home to many creative individuals and innovators. Fans of Korean content can always expect stunning visuals, whether from K-Pop music videos to K-Dramas and films.

So, unsurprisingly it’s also birthed artists and fashion designers. For example, Netflix‘s reality competition Next In Fashion‘s season 1 winner was Korean designer Minju Kim. She became a reputable designer and worked with K-Pop groups, such as BTS and Red Velvet.

More and more Korean names are coming up in the fashion industry, and one of the latest is Sohee Park.

While she may look it, she’s not a model herself! Sohee Park is a womenswear designer and illustrator also known as Miss Sohee. She is originally from Seoul but is currently based in London.

While you might be unfamiliar with her name, you have probably seen some of her creations quite a bit in recent years as more and more magazines and celebrities have taken notice of her.

When we’re kids, we often channel our creativity through coloring and drawing. For Sohee, her passion for design was rooted in this. Her love for sketching granted her escapism, and it grew into something greater.

Ultimately, she found a label for her unique sketches as “demi-couture.” Her mother also served as inspiration for her as she is a children’s book illustrator and would often spend time in her mom’s studio.

Watching the 2012 Chanel fashion show on television also inspired the young artist. This is what finally sparked Sohee in realizing her calling.

She then pursued a career in fashion design first by attending London’s esteemed university Central Saint Martins. She actually graduated just last year, in 2020, with a BA along with other designers such as Yasmina Atta and Harris Reed.

I wanted to challenge myself, and I’ve always been so ambitious, so if my parents are paying loads of money for me to study abroad, I’d rather study at the best school I can.

During her time at university, she interned under big-name designers Molly Goddard and Marc Jacobs, which helped refine her pre-existing skills. She even helped Jacobs with his flower pieces for his Runway Spring/Summer 2020.

Sohee Park’s debut collection is titled “The Girl In Full Bloom.” According to her website, it is inspired by the “evolution from girl to woman, paralleling the designer’s own transition and her progression from illustration to design.” In some ways, the process of creating was a test of survival of the fittest too.

Everything was so difficult making that collection. First of all, I had to move all my dresses to my apartment. And I don’t live in a big apartment, I can’t just make five gowns in my room. I ran out of fabric, all the fabric shops were closed, so I had to do a Skype with the fabric shop guy for him to show me the fabrics. And then it took me a week to receive the fabric, because all the deliveries been delayed and everything.

Since she graduated and debuted her first collection during COVID-19, it came with no big fashion show, unfortunately, to show for it. Instead, she just released photos of model Georgie Hobday dressed in her designs.

So, it was a mess. I would not like to go back into that situation. But I think then, I was so desperate to finish this, because it’s basically the highlight of my five years of studying in London, you know. Since the school shut down, a lot of my Korean friends, they all flew back home. I think I was the only one that left that was staying here because I really wanted to finish it, regardless of the pandemic.

Regardless of the struggles, Sohee has quickly become a couture designer on the rise. Her creations have been featured on the cover of Billboard, LOVE Magazine’s seminal A/W 2020 issue, and in Dazed, Vogue, Elle, Vanity Fair, W, and L’officiel (to name a few).

Still, her current designs are just as imaginative as ever when she first got interested in sketching. She has become known for her voluminous gowns, eye-catching prints, and floral embellishments.

While Sohee has become increasingly popular, she has not sacrificed her quality and heart. She is passionate about sustainability. She is especially eco-conscious in her creations. She attempts to resource through deadstock and recycled materials.

Being sustainable is a responsibility for emerging designers. It’s why I’m drawn to haute couture – there’s no mass production and only what is necessary is used.

On The Graham Norton Show, Bradley Kenneth styled Miley Cyrus in a MISS SOHEE Peony Gown, which was worn for her “Midnight Sky” performance on the British talk show. Considering Cyrus’s fashion choices are always the talk of the town, this was a big deal for the emerging designer, giving her some extra attention!

Moments like this have helped jumpstart the graduate’s career. So, since graduating from Central Saint Martins, she has chosen to remain in London for now and focus on her own brand rather than search for a job.

I’m kind of forced in a situation to launch a brand. I haven’t been applying for jobs or anything, but I’m just constantly working for myself. I’m just going with the flow, but it just seems like, as a small designer who just graduated, the way for me to get my name out there is by collaborating with celebrities. And they love my work, so yeah, that’s my big focus at the moment.

She is especially passionate about making custom designs, particularly for celebrities. And her career has surely taken off as her designs have now been worn by not just Miley Cyrus but also models such as Bella Hadid, Naomi Campbell, and Munroe Bergdorf.

Other starlets who have worn MISS SOHEE creations are Belle Thorne and Ariana Grande. Ariana Grande wore the AW21 emerald set as a coach on The Voice.

Of course, most of us are most familiar with BLACKPINK‘s Lisa. For her OUTNOW Unlimited performance, she wore this pink top and modified pants to shorts from the “2021 Cleo Collection.”

Cardi B was dressed head to toe in creations by Sohee Park in Billboard magazine as the rapper was awarded their “Woman of the Year” for 2020. Truly Sohee’s gowns look fit for a queen!

Most recently, actress Gemma Chan wore custom velvet separates and a headpiece by Sohee Park for the European premiere of Marvel Studios‘ Eternals. Quite frankly, we’re obsessed as it perfectly captures Hollywood glamour.

Sohee Park has been graduated just a year but already has achieved so much! We’re guaranteed to see her name more often.

Reaching For The Stars

Listen All Rounder B.I 1st Solo Half Album 'COSMOS' If...